"A highly praised contemporary American author, O’Brien has been compared with such writers as Ernest Hemingway and Joseph Conrad. In his short fiction as well as in his novels (including the acclaimed Going After Cacciato (1978)) and memoirs, notably If I Die in a Combat Zone, Box Me up and Ship Me Home (1973), O'Brien explores the multiple, competing truths of the Vietnam War experience. His unique treatment of subject matter has garnered him a reputation as one of the most prominent within the field of Vietnam War writers. To a greater degree than in many of his longer works of fiction, O’Brien’s collection of short stories, memoirs, and nonfiction The Things They Carried (1990) experiments with form, structure and narrative reliability. The work as a whole has been described as about storytelling as much as it is about truth and the war experience. The Things They Carried was nominated in 1991 for a Pulitzer Prize and a National Book Critics Circle Award.

O’Brien was born in 1946 to William T. O’Brien and Ava Schulz in Austin, Minnesota. Following a youth spent in Worthington, Minnesota, O’Brien moved to St. Paul, where he attended Macalester College. He graduated in 1968 with a degree in political science and soon after was drafted into the military. O’Brien trained at Fort Lewis, Washington, and then served in the 198th Infantry, also known as Alpha Company. As a foot soldier in Vietnam, O’Brien served from 1969 to 1970 and was wounded during his tour of duty. He was later awarded the Purple Heart. Following his discharge from the army, O’Brien set into motion the plans he had made before being drafted, attending graduate school at Harvard University. However, in 1976, he left before completing the doctoral program. Embarking on a career in journalism, O’Brien worked as an intern at the Washington Post and later as a national affairs reporter. He published his memoir, If I Die in a Combat Zone, Box Me up and Ship Me Home, which was a popular and critical success. The work was followed by three novels, including Going After Cacciato, for which O’Brien was awarded a National Book Award in Fiction in 1979. His highly acclaimed collection of short fiction, memoirs, and nonfiction pieces, The Things They Carried, was followed by several more novels. O’Brien holds the Roy F. and Joann Cole Mitte Chair in Creative Writing on alternating years at Texas State University and has been a member of the Creative Writing faculty there since 1999."

"The Harry Ransom Center is among the nation's finest research libraries and a place of unlimited discovery. The collections assembled here document the work of some of our finest writers and artists and provide unprecedented access to the creative process while also helping us understand the historical moment out of which this work emerged." 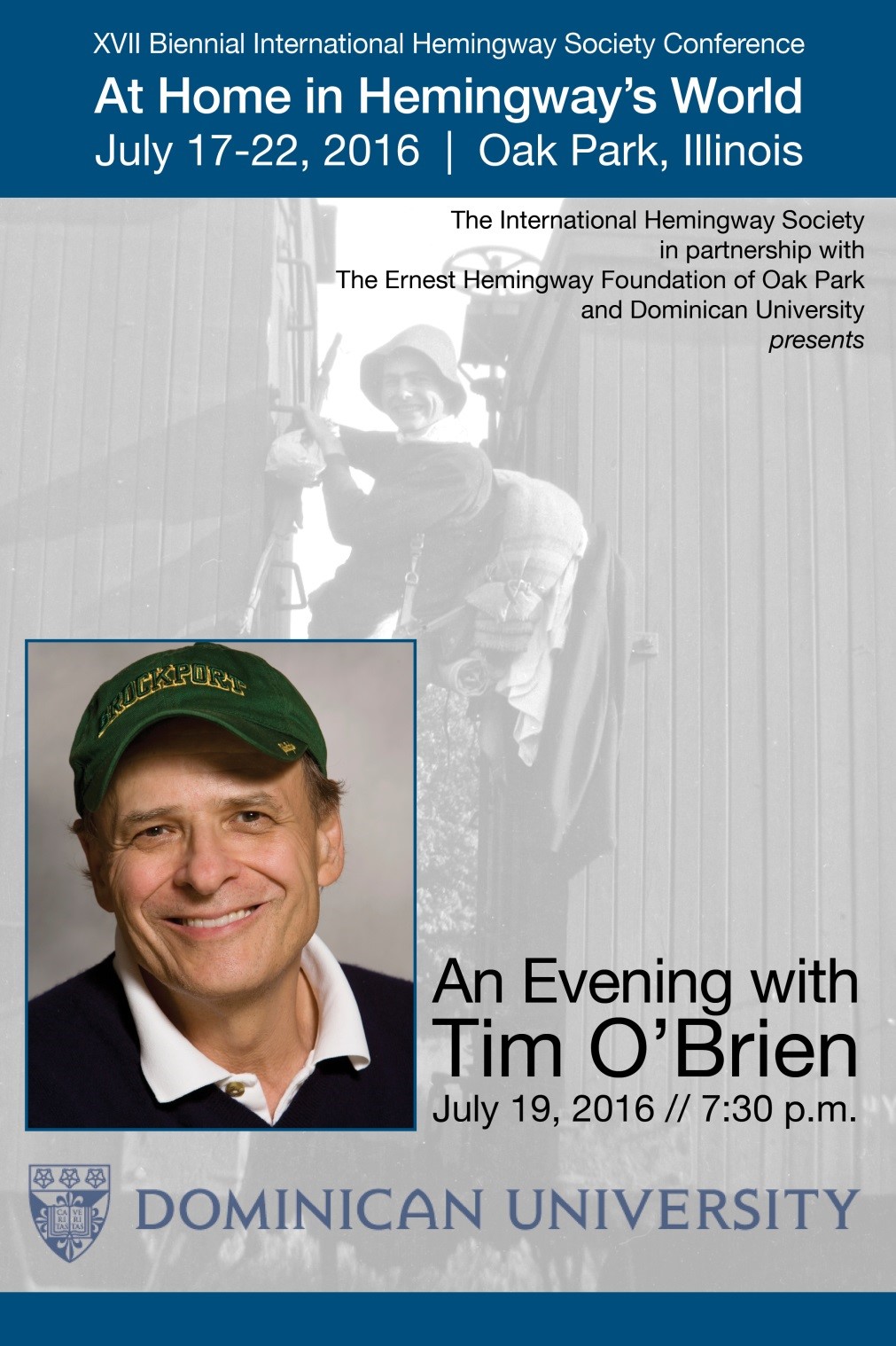 Talking Service: An Exploration of Homecoming Through Literature

"The transition from military life back into the civilian world is a theme that runs through the writings of Ernest Hemingway and Tim O’Brien, powerfully represented in their short fiction.  Join us for an afternoon of small group discussions of two short stories, Hemingway’s “Soldier’s Home” and O’Brien’s  “In the Field/Field Trip.”  In these accessible and compelling stories, Hemingway and O’Brien depict the complex processes through which combat veterans strive to re-assimilate into their communities and families.

Especially intended for veterans and family members, men and women of all ages, these small group discussions, facilitated by expert leaders, offer an opportunity to reflect along with other veterans on one of the most fundamental experiences of all who have served in the Armed Forces: homecoming."

A registration fee of $20 includes:

Books About the Vietnam War

Additional Resources on the Vietnam War