Why Talk About Whiteness? 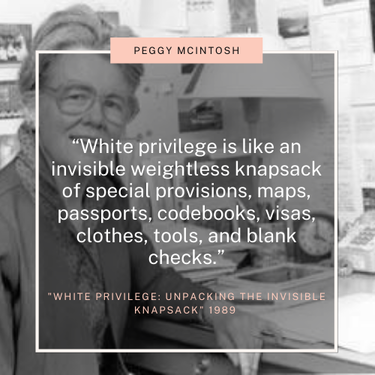 As a category in the fields of race and ethnicity, whiteness is predominantly conceived in terms of the advantageous material and symbolic resources it confers in relation to non-white racial categories. Locked more into a white–black dualism in the US literature, in Europe it is coming to be discussed with greater complexity, for example alongside class, youth and place, and how whiteness is negotiated differently by different white groups.

The study of whiteness is a relatively recent area of scholarship, even though many of the questions it addresses are inherently intertwined with issues of race and racialization. However, and perhaps peculiarly within the fields of race and ethnicity, whiteness as a concept sits at an intersection between historical privilege and identity, something that has a contemporary dynamic but which is not universally shared in (or can be distant to) how many white people experience their identities. That is to say that ‘whiteness as a site of privilege is not absolute but rather cross-cut by a range of other axes of relative advantage and subordination; these do not erase or render irrelevant race privilege, but rather inflect or modify it’ (Frankenberg, 2001: 76). Moreover, in thinking about whiteness there is often a tension between its study from contexts marked by historical segregation (e.g. the US and South Africa) and elsewhere where whiteness has either (i) functioned (at least formally) as a banal repository of white majority conceptions of the given identity of societies (Hage, 1998; Hewitt, 2005) (see also nationalism), or (ii) ordered social relations in colonial states occupied overseas (see post-colonialism). What each reading shares in common, however, is that while whiteness was once ‘seen as both invisible and normative, as being a state of “racelessness”, this is increasingly recognised only as appearing to be the case’ (Rhodes, 2013: 52).

From Key Concepts in Race and Ethnicity