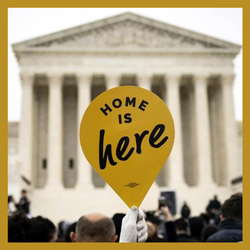 Activism refers to action by an individual or group with the intent to bring about social, political, economic, or even ideological change. This change could be directed at something as simple as a community organization or institution or as complex as the federal government or the public at large. In most cases, but not all, the action is directed toward the support or opposition of a controversial issue. Such issues range from basic human rights to police brutality to antiwar movements.

Activism can take many forms, including such actions as civil disobedience, rioting, striking by unions, government or institutional lobbying, verbal or physical confrontation, various forms of terrorism, and the use of music and the media to draw attention to particular issues. The rise of the Internet has allowed new forms of activism to emerge and has also allowed many small, local issues to gain a wider audience and in some cases worldwide attention. Activism is a necessary vehicle for progressive and social change (see Bonilla-Silva 2006). Major movements such as the civil rights movement represent examples of what large-scale activism can accomplish given the right historical conditions and group collectivities.

In addition to individual or group-level activism, there are centers and organizations whose sole purpose is to promote social change through awareness and the bridging of theory and practice. Examples of such organizations include Loyola University–Chicago’s Center for Urban Research and Learning, a public sociology center that promotes research addressing community needs and that involves community organizers at all levels of its research process. Similarly, Project South, a leadership-development organization located in the southern United States, works with communities in bottom-up activism over issues pertaining to social, racial, and economic justice.

From International Encyclopedia of the Social Sciences