Psychedelic therapy (sometimes referred to as psychedelic-assisted psychotherapy, or PAP) is a type of psychiatric practice that involves ingesting a psychedelic substance as part of a psychotherapeutic process.

In psychedelic therapy, the use of psychedelics is typically combined with talk therapy.

At this stage, clinicians are still evaluating the effectiveness of their treatments, so exact dosing, number of treatments needed, and the approach to psychedelic therapy will vary depending on who is guiding you.

That said, most psychedelic therapy in clinical settings is conducted via three stages:

Healthline Media. (2021, May 26). Psychedelic therapy: Uses, how it's done, risks, and more. Healthline. Retrieved from https://www.healthline.com/health/mental-health/psychedelic-therapy#how-it-works

How Illegal Drugs Help Our Brains--Psychedelics and Brain Disorders 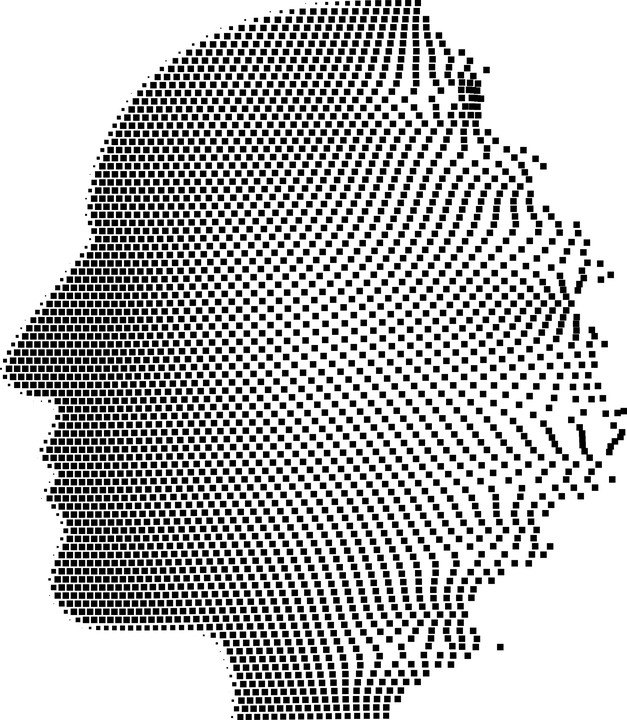 In 2014, a small randomized controlled trial in Switzerland suggested LSD-assisted psychotherapy had the potential to reduce the anxiety associated with terminal illness.4 Twelve participants with life-threatening illness were enrolled in the study to receive treatment that involved drug-free psychotherapy sessions supplemented with two LSD-assisted sessions two to three weeks apart. The participants were randomly assigned to either the treatment group (receiving 200 μg LSD [n = 8]) or the active control group (20 μg LSD [n = 4], with an open-label crossover to 200 μg LSD after the initial blinding was unmasked). At two months’ follow-up, the State–Trait Anxiety Inventory (STAI) showed nonsignificant reductions in trait anxiety, but significant reductions in state anxiety.

Follow-up with nine participants one year after treatment showed a sustained therapeutic benefit with no acute or chronic drug-related severe adverse events, and there were no adverse effects lasting more than one day after an LSD-assisted session.4

Psilocybin has likewise shown promise as a treatment for anxiety in patients with terminal illness.8 A 2008 study on ameliorating end-of-life anxiety focused on 12 participants with end-stage cancer.8 After several non–drug-assisted therapy sessions, participants underwent a within-subject crossover study in which they received the experimental medication (0.2 mg/kg psilocybin) and the active placebo (250 mg of niacin) across two sessions a few weeks apart. Findings showed that psilocybin-assisted psychotherapy lowered anxiety and improved mood, without clinically significant adverse effects.8

MDMA-assisted therapy is also being studied as a treatment for social anxiety in adults with autism, although findings have yet to be published.22

Researchers in the 1950s and 1960s studied the use of psychedelic-assisted therapy for the treatment of addictions such as alcohol dependence,23 some key findings of which were recently reviewed in a meta-analysis that suggested a significant beneficial effect.3 In renewed clinical research on treating alcohol dependence with psilocybin-assisted therapy, a New Mexico team recruited 10 participants with a diagnosis of active alcohol dependence (and no concurrent mental illness or other substance use disorder).6 Participants received pre- and post-psychosocial support (motivational enhancement therapy) over 12 weeks, with one or two intervening open-label sessions at weeks four (0.3 mg/kg psilocybin, n = 10) and eight (0.4 mg/kg psilocybin, n = 6, or 0.3 mg/kg psilocybin, n = 1). Among the participants who completed the study, the self-reported mean percent drinking days and percent heavy drinking days were reduced by more than half of what had been reported at baseline.6 Acute adverse effects such as nausea and mild headaches were reported by some participants, but no clinically significant or lasting harms resulted from the administration of psilocybin.

Other recent research on psilocybin-assisted psychotherapy for addiction includes a pilot study of treatment for tobacco dependence. This investigation was an open-label design involving 15 participants who smoked at least 10 cigarettes per day and had multiple previous unsuccessful cessation attempts.7 Participants received cognitive behavioural therapy before and after treatment with psilocybin. Treatment included two or three psilocybin-assisted psychotherapy sessions (doses of either 20 mg/70 kg or 30 mg/70 kg), with the first session occurring on the target quit date. At six months’ follow-up, 12 of the 15 participants were abstinent (biologically verified by exhaled carbon monoxide and urinary cotinine levels).7 Smoking cessation outcomes were significantly correlated with a measure of mystical experience on session days, as well as retrospective ratings of personal meaning and spiritual significance of psilocybin sessions.24 The same research team is currently designing a follow-up randomized controlled study to compare a similar psilocybin intervention with nicotine-replacement therapy.

The Amazonian folk medicine ayahuasca is a plant-based preparation with the psychoactive constituents DMT, which is chemically related to psilocybin, and harmala alkaloids, which are reversible monoamine oxidase inhibitors. An observational study of an ayahuasca-assisted intervention in a Coast Salish First Nations community in British Columbia for people (n = 12) seeking treatment for addictions to substances such as alcohol and cocaine showed statistically significant improvements in measures of mental health and reductions in self-reported use of these substances after six months, with no lasting adverse physical or psychological effects.9

Observational research involving members of Brazilian religious groups who regularly drink ayahuasca sacramentally has shown that, compared with a matched control group, long-term regular drinkers of ayahuasca tend to have a lower prevalence of substance use,10 structural brain changes that do not suggest evident pathology11 and better neuropsychological performance and psychosocial adaptation.12 Other studies involving similar populations of long-term drinkers of ayahuasca have shown lower rates of psychoactive substance use and psychopathology.13,14

Canadian researchers are currently coordinating an international research study to investigate ayahuasca’s potential as a treatment for addiction, with clinical sites in Brazil, Peru and Mexico.25

Ayahuasca differs from the other substances covered in this review, inasmuch as it is a plant-based preparation of variable composition and strength, and typically used in ceremonial contexts, which makes it more difficult for researchers to isolate the factors that may contribute to therapeutic efficacy.26,27

In a pilot randomized controlled trial investigating MDMA-assisted psychotherapy to treat chronic treatment-resistant PTSD in the United States, outcomes from 20 participants with a mean illness duration of 19 years showed that the experimental treatment may improve upon the best currently available pharmacotherapies and psychotherapies.16 The clinical protocol involved several weeks of preparatory and follow-up non–drug-assisted psychotherapy, during which the members of the experimental group received two MDMA-assisted sessions. No serious adverse effects were reported. Outcomes included a significant and sustained reduction in PTSD symptoms as measured by the Clinician-Administered PTSD Scale (CAPS), with 83% of participants in the experimental group (v. 25% in the placebo group) showing a reduction in symptom severity of more than 30%. Furthermore, some members of the experimental group no longer met criteria for PTSD as stated in the Diagnostic and Statistical Manual of Mental Disorders, 4th Edition (DSM-IV).16 A long-term follow-up study involving the same participants showed that, although two patients relapsed, 74% (14/19) of patients still showed meaningful, sustained reductions in their CAPS scores three and a half years later.17

An additional small (n = 12) randomized controlled trial investigating MDMA-assisted psychotherapy for PTSD was recently completed in Switzerland.18 This study compared three full-dose MDMA-assisted sessions per patient (with non–drug-assisted therapy before and after) with low-dose active placebo in a crossover design. Participants had no serious drug-related adverse events, and although reductions in CAPS scores were not statistically significant, self-assessment of PTSD symptoms as measured by the Posttraumatic Diagnostic Scale questionnaire was significantly reduced.

In 2015, researchers in Vancouver began a similar pilot study of MDMA-assisted psychotherapy for patients with PTSD, the first clinical study involving psychedelic drugs in Canada in more than 40 years.

The Future of Psychedelic-Assisted Psychotherapy