Potentially Negative Effects from THC Use

From the U.S. Federal organization The National Institute on Drug Abuse (https://www.drugabuse.gov/publications/drugfacts/marijuana) 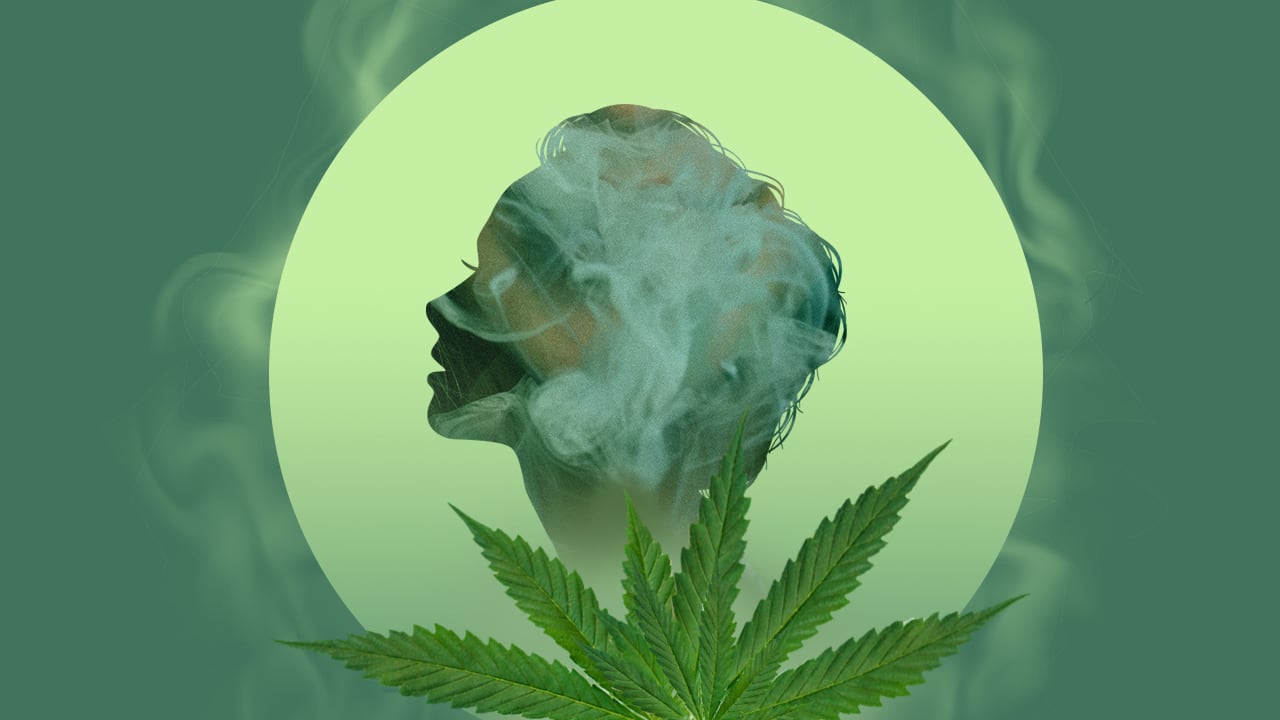 The Potential Positive Side-Effects From THC Use

When you ingest or inhale cannabis, you may experience feelings such as being:

Vandergriendt, C. (2019, March 7). What does it feel like to be high on marijuana? Smoking and vaping. Healthline. Retrieved from https://www.healthline.com/health/what-does-it-feel-like-to-be-high#what-it-feels-like.

7 Weird Side Effects Of Getting High, Explained

"7 Weird Side Effects of Getting High, Explained" 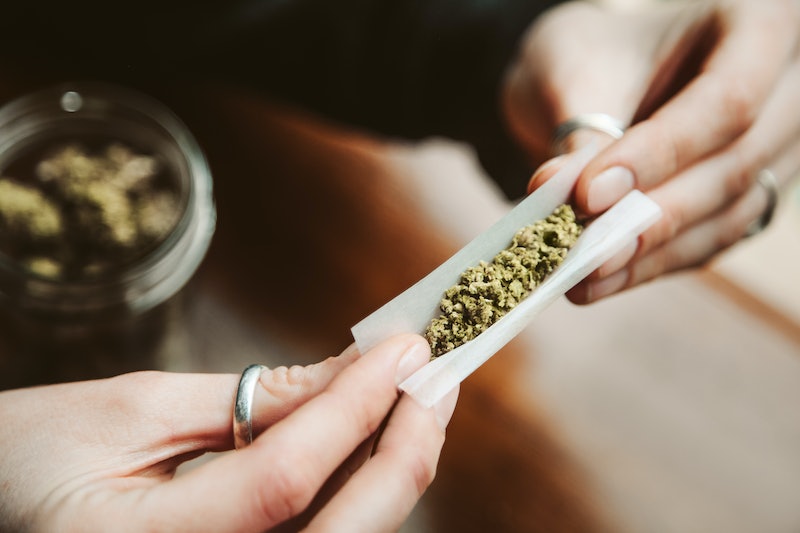 "Cotton mouth" happens when a cannabinoid like THC binds itself to the receptor of our submandibular glands, (a pair of glands located on the floor of our mouths which produce about 70% of our saliva). Then, it causes them to stop receiving the messages from our parasympathetic nervous system which would normally tell them to make more saliva.

Dr. Tishler notes that even though you might feel thirsty after consuming cannabis, that doesn't necessarily mean you're dehydrated. "For those who have heart or kidney disease, overdoing water intake can be dangerous, so they should be warned to take sips, not large drinks," he says.

Now, when it comes to cannabis and heart rate, Dr. Tishler says there are two important factors at work here. "First cannabis via the CB1 receptor has a direct stimulatory effect on heart rate," Dr. Tishler explains. "Also, it causes decreased vascular resistance which leads to lower blood pressure. When blood pressure drops, it calls for increased heart rate to compensate." He says for most people the increase in heart rate is mild and not particularly noticeable. But if you get a weird feeling in your chest when you’re high, he suggests dialing the dose back. Your heart usually beats between 60 and 100 times per minute. However, that can increase to 70 to 120 beats per minutes after smoking weed.

If you're dealing with established cardiovascular issues, however, you should take this side effect more seriously. "In patients with either coronary artery disease or congestive heart failure, the increased rate can be dangerous," Dr. Tishler says. "... This can lead to chest pain, shortness of breath, and in worst case, a heart attack." He makes it clear that this is rare, but serious.

Erectile dysfunction may not directly affect you if you don't have a penis — and having a penis shouldn't keep you from safely and legally consuming cannabis if you want to — but you should know that it might be a possibility. "Men, more than women, are very dose dependent when it comes to the effects of cannabis on sexuality," Dr. Tishler says. Still, some of the existing studies on erectile dysfunction and marijuana use are contradictory and require further research.

According to a 2014 study performed by Washington State University Psychologist Rebecca Craft and published in the journal, Drug and Alcohol Dependence, female rats are more likely to develop a tolerance to cannabis than males. The female rats in Craft's study were also more sensitive to the painkilling qualities of cannabis than the males, and were the most sensitive around ovulation. That said, Dr. Tishler remains unconvinced by the available data on weed's painkilling effects for men vs. women. "There is some evidence that women may need a higher dose than men for pain control, but I have not seen this in practice, nor was I convinced that the studies were accurate," he says.

Even weed virgins have probably heard that getting stoned will make you super hungry, but what's weird about this side effect is why cannabis consumption sometimes makes us feel like single-handedly eating whole pizzas and mountains of mac and cheese.

In a 2018 study conducted by experts at Washington State University, it was found that dosing rats with cannabis stimulates a surge of ghrelin — a hormone the stomach releases when it's empty which tells the brain it's time to look for food. Additionally, as a 2015 study published in the journal Nature found, our cannabinoid receptors have a relationship with the pro-opiomelanocortin (POMC) neurons that live in the hypothalamus, and these neurons control appetite stimulation. So when people consume cannabis, those neurons are activated and it causes you to become hungry.

That said, Dr. Tishler tells Bustle he doesn't think we have a good answer yet regarding exactly why the munchies happen post-dose. "It’s clear that cannabis interacts with receptors in the hypothalamus, which is the area that controls satiety," Dr. Tishler says. "Beyond that, we just don’t know."

Laughing is not only super fun, it's literally good for you. And one of the most pleasurable (and weird) side effects of getting stoned is how much it might make you laugh — but Dr. Tishler points out the side effect isn't necessarily universal. "It may accentuate people’s innate giggliness or their baseline mood, but uncontrolled laughter is not a universal phenomenon," he says.

Unfortunately most of the studies on cannabis and laughter are over a decade old, but research on the topic does exist. One such study, for example, found that cannabis activates blood flow to the right frontal and left temporal lobes of the brain, both of which are associated with laughter. Plus, laughter is contagious, so if you're smoking with friends and they start giggling, it makes sense that you'll probably start giggling as well.

Like every single stoned scene from any movie or TV show will tell you, getting high tends to slow things down — and it can actually be quite relaxing, because it forces us to slow down, too. Dr. Tishler tells Bustle we're still learning about why this happens, but it likely has something to do with the hypothalamus. "The hypothalamus is again involved in some of our time-keeping apparatus, so the interaction is likely there, but why and how are still unexplored," Dr. Tishler says.

According to a 1998 study, marijuana alters blood flow to our cerebellum (the part of the brain that regulates muscle activity), and the cerebellum is linked to our body's timing system. More recently, a study published in Psychopharmacology found that — when compared with sober participants — participants who consumed cannabis overestimated time by as much as 25%. Effects of Cannabis on the Adolescent Brain

Are There Negative Effects on Adolescent Individuals? Conflicting Literature

"Associations between adolescent cannabis use frequency and adult brain structure: A prospective study of boys followed to adulthood"

Data came from the Pittsburgh Youth Study – a longitudinal study of ˜1000 boys. Boys completed self-reports of cannabis use annually from age 13–19, and latent class growth analysis was used to identify different trajectories of adolescent cannabis use. Once adolescent cannabis trajectories were identified, boys were classified into their most likely cannabis trajectory. A subset of boys (n = 181) subsequently underwent structural neuroimaging in adulthood, when they were between 30–36 years old on average. For this subset, we grouped participants according to their classified adolescent cannabis trajectory and tested whether these groups showed differences in adult brain structure in 14 a priori regions of interest, including six subcortical (volume only: amygdala, hippocampus, nucleus accumbens, caudate, putamen, and pallidum) and eight cortical regions (volume and thickness: superior frontal gyrus; caudal and rostral middle frontal gyrus; inferior frontal gyrus, separated into pars opercularis, pars triangularis, and pars orbitalis; lateral and medial orbitofrontal gyrus).

Adolescent cannabis use is not associated with structural brain differences in adulthood.

Adolescence has been identified as a particularly vulnerable period for cannabis use, as the brain is still developing...Early evidence suggests that adolescents generally lack the capacity to titrate high‐potency cannabis (i.e. self‐regulate dosage...). Consequently, adolescent users are being exposed to more THC than ever before. If THC is suspected to explain the relationship between adolescent cannabis use and depression and anxiety...then studies conducted in the 20th century are of little use.

Research regarding other mental health problems is similarly problematic. For example, a recent meta‐analysis...regarding cannabis and risk of psychosis included numerous studies measuring cannabis use in the 20th century, including the landmark study of Swedish conscripts evaluated in 1969–1970...This is concerning given new research suggesting that using high‐potency cannabis increases risk of psychotic disorder significantly more than low‐potency cannabis...

Understanding the mental health effects of adolescent cannabis use is critically important, especially as more jurisdictions move towards decriminalization and legalization of cannabis use. It is clear that longitudinal studies using more recent cannabis use data and more accurate measurement of cannabis potency are required.