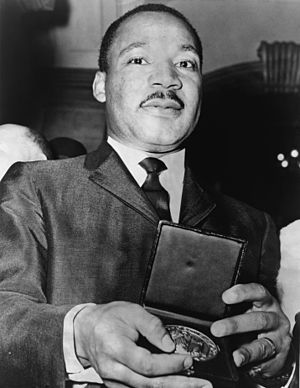 Martin Luther King Jr.'s legacy in U.S. history is as one of the most important voices during the Civil Rights Movement. He was known as a social activist and a Baptist Minister. His role during the Civil Rights Movement inspired many people to march and advocate for racial equality in a non-violent manner. His leadership, speeches, and determination have made him a role model for those who continue to fight for better jobs, decent housing, quality education, and justice.

Databases to Find Resources about MLK

This page contains resources on Martin Luther King Jr's life and work that are available from the Rebecca Crown Library and online.

Beyond Vietnam. Address delivered at the Riverside Church on April 4, 1967