Resources related to the Latine experience and Latine Heritage Month

It is important to highlight that being Latine/x does not look like one distinct set of features or cultures. People from Latin America typically are a mix of European, African, and Native American ancestry.

Carlos Arias Vivas speaks on his experience learning about the complexities of his DNA test results. Although it is important for many Latine/x people to understand their ancestry, one's Latine/x identity is comprised of so much more. In the article, another college student explains his feelings on learning his 23andMe ancestry results and says, “Although the results were different from my expectations, it’s interesting to witness the complexity behind my own DNA. Regardless, it doesn’t change my identification as Afro-Latinx.” 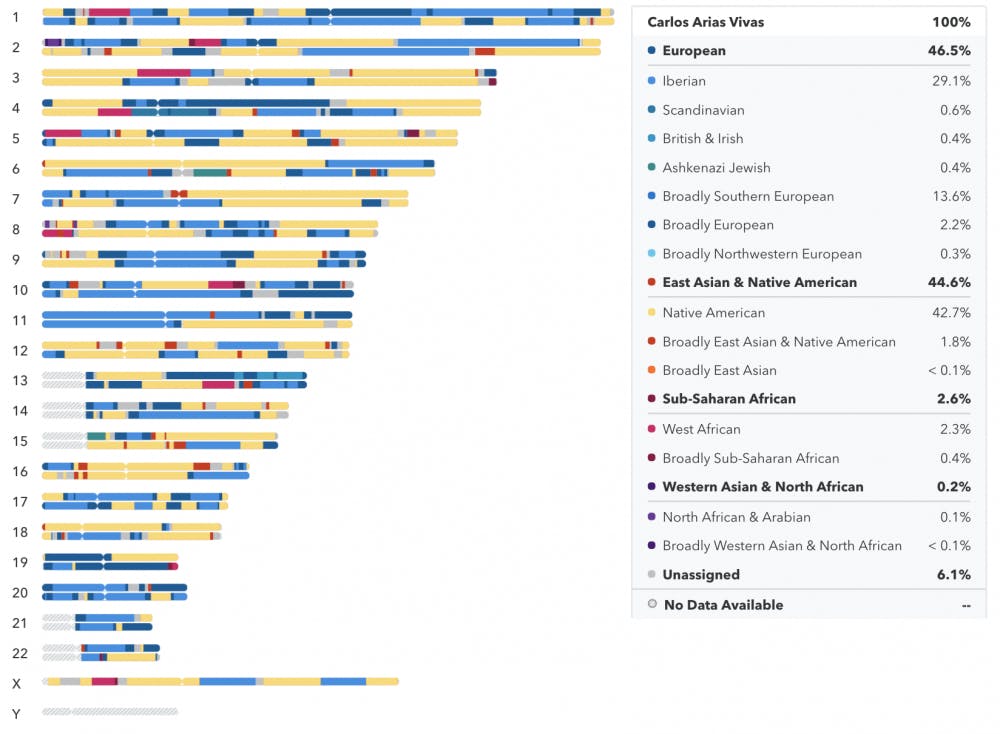