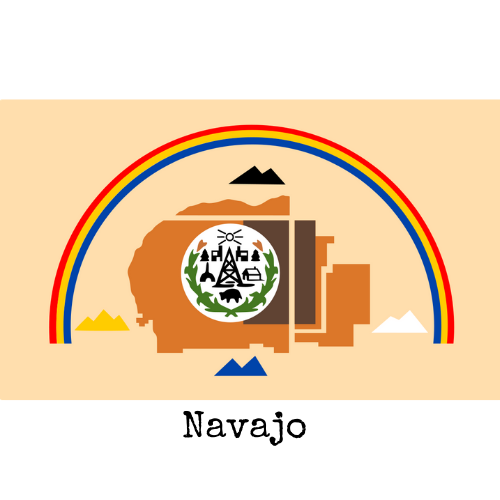 Identification. The Navajo are a large American Indian group currently located in Arizona and New Mexico. In sixteenth-century Spanish documents the Navajo are referred to simply as "Apaches," along with all the other Athapaskan-speaking peoples of the New Mexico province. The more specific designation "Apaches de Nabaju" appears for the first time in 1626 and sporadically thereafter until the end of the seventeenth century. From about 1700 on, the people are always called "Navajo" (or "Nabajo") in Spanish documents, and the name has been retained throughout the Anglo-American period. The source of the name is uncertain, but is believed to derive from a Tewa Pueblo Indian word for "cultivated fields," in recognition of the fact that the Navajo were more dependent on agriculture than were other Athapaskan peoples. The spelling "Navaho" is common in English-language literature, but "Navajo" is officially preferred by the Navajo Tribe itself. In their own language, however, the Navajo refer to themselves as "Dine," meaning simply "the people."

Location. In the Southwest, the traditional home of the Navajo has been on the Colorado Plateau—the arid and deeply dissected upland of northwestern New Mexico and northeastern Arizona. Elevations range from thirty-five hundred to more than ten thousand feet, with hot summers, cold winters, and relatively scant rainfall Most of the area is covered by a scattered growth of piñon and juniper trees and sagebrush, but there are also extensive pine forests at the highest elevations and open grasslands at the lowest. The earliest known home of the Navajos was in the area between the Jemez and Lukachukai mountains, in what today is Northwestern New Mexico, but subsequently the people expanded westward and northward into portions of present-day Arizona and Utah. The present Navajo Reservation occupies about twenty-five thousand square miles in the Four Corners area where Arizona, New Mexico, Utah, and Colorado come Together.

Demography. The Navajo population in 1864 was probably somewhere between 16,000 and 20,000. By 1945 it had increased to about 55,000, and in 1988 it was estimated at about 200,000. The Navajo are the largest Indian tribe in North America today. There are large off-reservation Navajo populations in many cities of the Southwest, but the great majority of Navajo still live on the Navajo Reservation.

Linguistic Affiliation. The Navajo language belongs to the Apachean branch of the Athapaskan family and is particularly close to the languages of the Tonto and Cibecue Apache tribes.

Entry from Encyclopedia of World Cultures