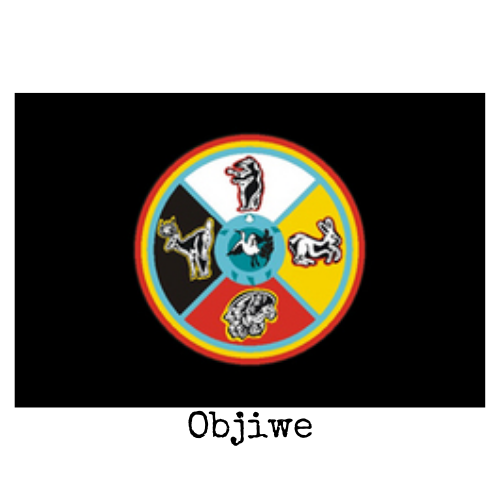 The Ojibwe (“oh-jib-way”) are an indigenous people of North America. Ojibwe country is often associated with the Great Lakes region of the upper Midwest, particularly with the shores of Lake Superior; it extends over 1,400 miles from Ontario to Saskatchewan on the Canadian side of the border and from Michigan to eastern Montana on the U.S. side of the border. Known for its cold winters and hot, dry summers, this area includes the northern portions of five states (Michigan, Wisconsin, Minnesota, North Dakota, and Montana) and southern portions of three Canadian provinces (Ontario, Manitoba, and Saskatchewan). The Ojibwe call themselves the Anishinabeg (also spelled Anishinaabeg or, if singular, Anishinabe) for “first” or “original people.”

According to Barry M. Pritzer's A Native American Encyclopedia: History, Culture, and Peoples (2000), there were at least 35,000 Ojibwe people at the time of first contact with Europeans, in this case the French. Precontact culture was heavily influenced by the natural terrain as the Ojibwe adapted their lifestyle to survive in a heavily forested land traversed by a network of lakes and rivers. The Ojibwe lived a seminomadic life, moving a number of times each year in order to be close to food sources. While distinct from the Potawatomi and Ottawa peoples, the Ojibwe migrated west with these groups and were referred to as the People of the Three Fires.

According to the U.S. Census Bureau's American Community Survey estimates for 2009–2011, there were 187,410 people of Chippewa ancestry living in the United States. In addition to the states where Ojibwe reservations are located, other states where significant numbers of Ojibwe reside are California, Illinois, Oregon, and Washington. More recently, some Ojibwe have recognized reservation lands as homelands, and some members are working to preserve the reservations' natural resources while also recovering their traditional culture.