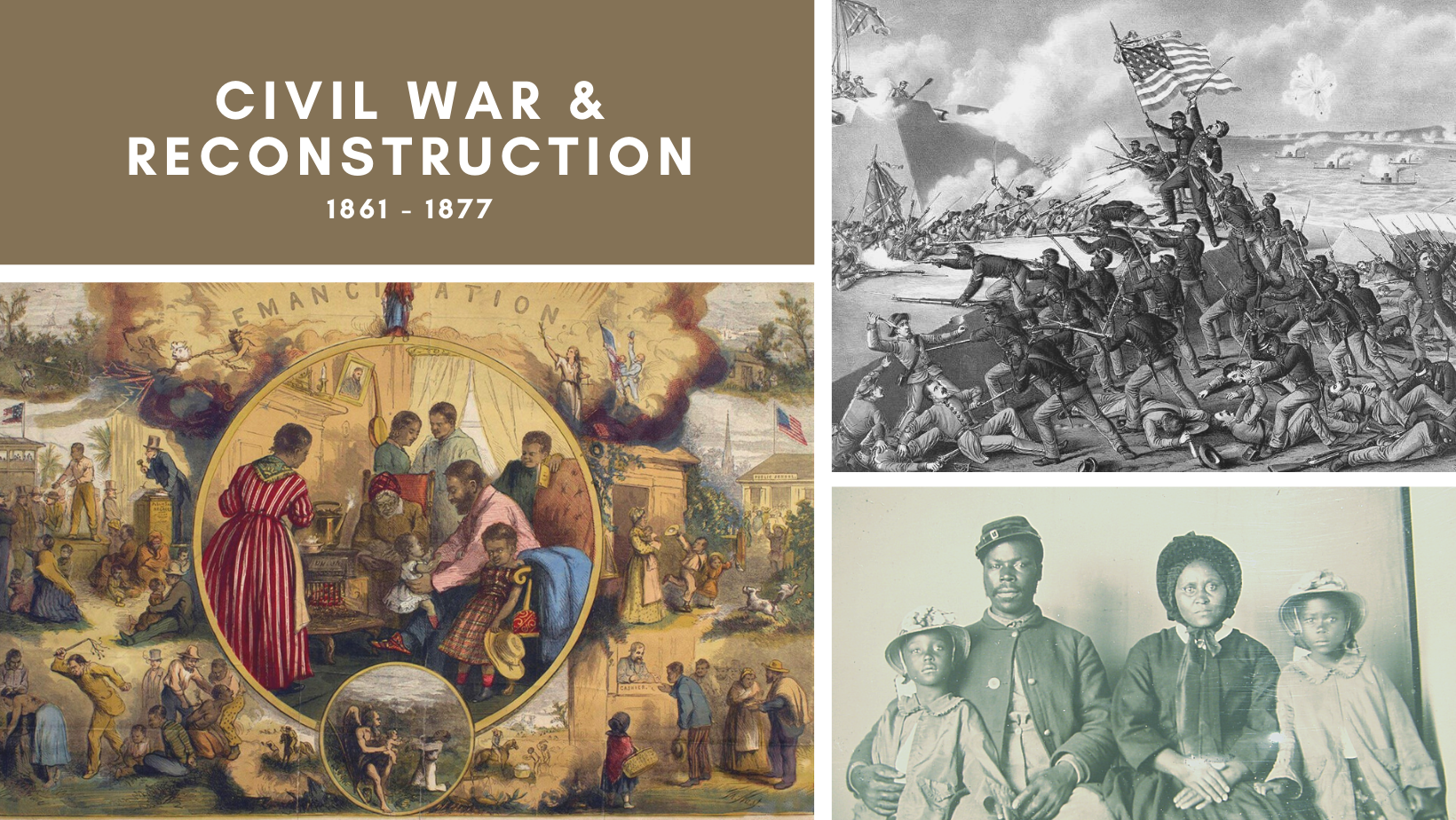 In 1860, the nation founded upon an idea that all men are created equal and endowed by their creator with the inalienable rights of life, liberty, and the pursuit of happiness had as many as four hundred thousand slave-owners and almost four million slaves.

By denying these rights to more than twelve percent of its population, America would soon pay with the blood of a generation.

The story of African Slavery in America started with the first permanent English Colony in the 17th century... and ended with the Civil War. But those two hundred and fifty years of struggle were just the beginning. The beginning of a journey down the long Emancipation Road...

The era of Reconstruction following the Civil War was a turbulent and divisive period in American life. Learn about governmental policies and legislation that were enacted to safeguard the welfare of former slaves and average citizens, and how these policies were then progressively dismantled, ultimately returning the South to white-dominated rule.

When Reconstruction ended in 1876, southern "Redeemers" took political control of the South, passing legislation enforcing racial segregation. The federal government's decision to withdraw from the area meant that the white elite ruled unchallenged for much of the next 80 years. Most African Americans lived by sharecropping, condemning many of them to a cycle of debt and dependency.